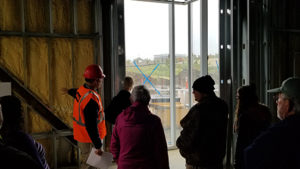 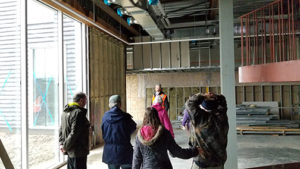 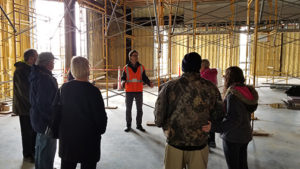 Click the links below to view 360 Degree Photos from October 14:

A view of the new chapel on September 18: 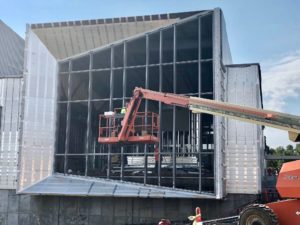 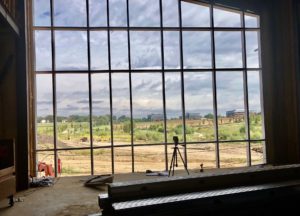 On September 6, the stained glass was removed from the chapel, ready to be installed in our new building: 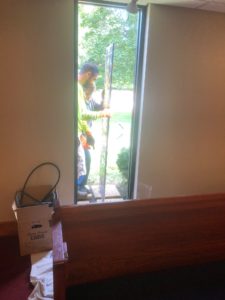 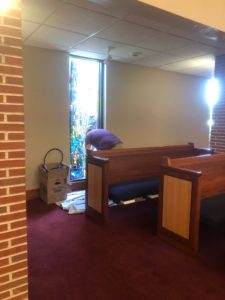 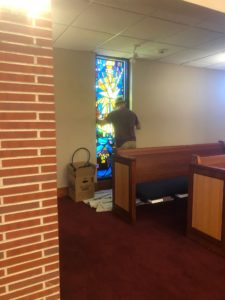 On May 20, the cross from the Chapel rested in the Narthax where Countryside members shared prayers for the cross on its journey to the new building. 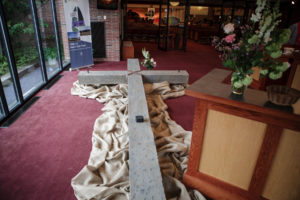 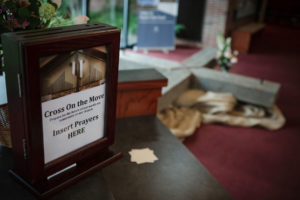 On April 11, our bell found its home at the top of the bell tower at our new building. 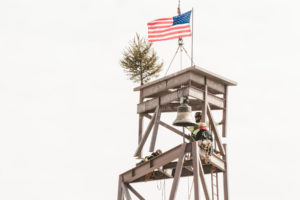 On March 13, our bell was attached to the beams of the bell tower. A month later it would find its way to the highest point of our new building. 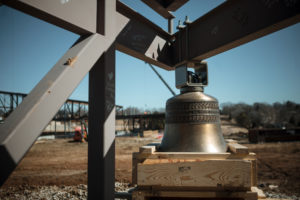 On March 11, members of our congregation visited the site of our new building to sign beams with their names and write prayers and well wishes for the building. 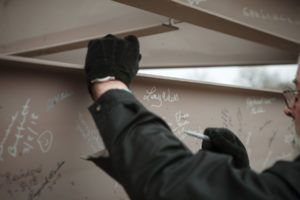 On March 3, members of the Countryside Relocation Committee met at the building site to sign the beams of our new building’s bell tower. 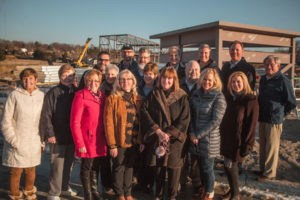 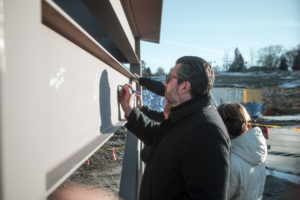 June 5 was a momentous occasion for our congregation, as members of the Countryside community broke ground on the future site of our home at Tri-Faith Commons.

Our relocation campaign kicked off on April 10. 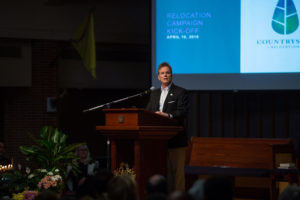 Countryside held a relocation open house on October 25 to find out what the congregation was looking for in a new building.

In April, the church voted to relocate the church from 87th and Pacific to the Tri-Faith Commons.

Click here to see the people involved with the relocation process.

On June 29, 2014, Countryside authorized the Church Council and its designees to undertake whatever additional steps are necessary to determine the potential costs and implications of relocating Countryside to the Tri-Faith Commons, as well as what resources are available to cover the costs. April 12, 2015 the church voted to relocate the church from 87th and Pacific to the Tri-Faith Initiative area behind the Sterling Ridge development off 132nd and Pacific. On April 10, 2016, Countryside launched its Relocation Campaign and shared design plans for the new building.