“Lies We Believe about God” Part 1: Hell Is Separation from God 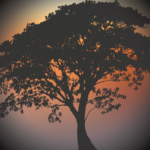 “Lies We Believe about God” Part 1: Hell Is Separation from God

“Lies We Believe about God”

Part 1: Hell Is Separation from God

Part 1: Hell Is Separation from God

“Anyone who speaks of separation from God assumes that a person can still exist while separated – as if our life is not contingent upon the presence of God, who is Life. Does that mean we have eternal existence apart from Jesus and the Father and the Holy Spirit? Scripture is emphatic: not one thing has come into being apart from Jesus, and the existence of everything is completely dependent upon the sustaining life of Jesus. So, if we continue this thought … perhaps hell is hell not because of the absence of God but because of the presence of God…

Paul writes in Romans that nothing can separate us from the love of God, death, life, angels, rulers, things present, things to come, powers, height, depth, or anything else in all creation.  God’s love is vast and all encompassing. God is omnipresent or everywhere at all times, which includes being present in this world, being present in this universe, being present in what is seen and what is not seen.  So if this love of God is always present because God is always present, then where did this concept of separation from God come from?

In Matthew 25, Jesus tells the story of the sheep and the goats.  This is a story based on the concept of providing care for the “least of these,” the marginalized of society.  Those who provided care for the hungry, thirsty, those who needed clothes, the widows, and the orphans were the sheep and were headed for heaven.  Those who did not were the goats headed for hell.  What is important to note is that when Jesus speaks of hell, he uses the Greek word, Gehenna, also reflected in the word Sheol from the Jewish tradition.  Both denote the area outside of Jerusalem where the city would burn its trash, also known as the lake of fire.  So, when I read that Jesus says those who do not care for the marginalized in society are thrown into the lake of fire, I hear Jesus using hyperbole, emphasizing the importance of social equity.  People have been more concerned with who is going to heaven and who is going to hell than with the fact that there are marginalized people who need the help of the privileged.

Since the birth of Christianity there have been lines drawn in the sand separating those who are included in the love of God and those who are not.  The implication of this line has become not just who is welcome in the church and who is not, but who is going to heaven to live eternally with God and who is going to hell to be eternally separated from God, which would be the definition of hell.  Why is separation of people preferred to everyone being created to enjoy life eternally with God?  Why do some people want others to not be in the presence of God?  Is it about competition or self-realization that has to be at the expense of someone else?  When a line is drawn in the sand, the person making that separation is always on the good side.  I think this binary line of separation between good people and evil people was not the intention of Jesus who began a movement of love and inclusion in the first century. Why have Christians drawn lines of discrimination for centuries?  Racial discrimination, gender discrimination, sexual orientation discrimination and much more.  Jesus came to heal those who were not on the good side of the line, to include all people in the kingdom of God, which is reflected over and over in the Gospels.

“I grew up in religious environments that were steeped with the dread and specter of eternal conscious torment. My deepest motivation for right living was not the reality of love or trusting in the life of Jesus; it was the fear of hellfire and damnation.”

Wait, what??  There’s no place to run from the fire and we’re all going to die?  I don’t know where I’m going for sure.  This song was sung by third graders to 12th graders.  What was being taught?  This common phrase among Christians: “Do you know where you are going to go when you die?”

There is a psychological problem with the concept of hell.  It is a theology of fear that motivates one to avoid it, not a theology of love which would motivate one to gravitate toward goodness.  If we believe there is an eternal place of punishment and separation from God, then there is the chance that we could go there no matter what kind of life we lead.  The Evangelical church teaches that what is needed to prevent a person from going to hell is to accept Jesus as Lord and Savior.  How does one do this?  Well, it’s simple…you pray a prayer which is called THE prayer.  It goes, “Dear God, sorry for my sin.  Please forgive me.  Thank you.”  That’s it.  Done deal.  If it’s that easy why isn’t everyone doing it?

In the camps and churches I attended there was always a thing called an altar call.  This was usually driven by the concept of avoiding hell.  The church believed that once you gave your life to Jesus and prayed the prayer, you were good for life.  But so many kids would come forward for the altar call over and over, every summer.  I don’t think it was a rededication of their original prayer for forgiveness, but an insurance plan, just in case they didn’t do it correctly.  This seems like an unhealthy way to live, to constantly be worried that we did not follow the correct procedure which leads to our eternal punishment, that a temporal action or decision in this finite life and world could lead to death forever.

So, I have come to a new understanding of hell, that it is a human concept, mostly used for discrimination, and that it does not exist.  God created the world and the inhabitants of it to enjoy life and to be in relationship with other creatures and the God who created them.  I do not believe that a loving God would create something just to destroy it.  That does not seem to be the character of the God who loves us beyond our wildest imaginations.  If we embrace a world without hell, then we are much more able to accept all others as companions in this life and in whatever is to come.  Maybe I’m more of a universalist but I guess I would rather err in the acceptance of the unlikely than the exclusion of those who have a chance.  What does it hurt me if I am able to live in the love of God forever and so is everyone else?

“After this I looked, and there was a great multitude that no one could count, from every nation, from all tribes and peoples and languages, standing before the throne and before the Lamb, robed in white, with palm branches in their hands.”

← The Faith of Jesus in a Pluralistic World Part 5: Creation, Torah, and Your Soul Lies We Believe About God – Part 2 “God loves us, but doesn’t like us.” →