The Way of Jesus: A Journey Through Luke Part 4: Jesus’ Mixtape 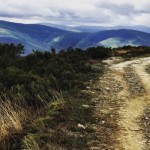 The Way of Jesus: A Journey Through Luke Part 4: Jesus’ Mixtape

Are you old enough to have created a mixtape?  As a teenager, I made mixtapes by patiently sitting by my boom box (Are you old enough to remember those?) ready to hit [Play]+[Record] at the first sound of a favorite song being played on the radio.  I’d repeat this process for hours until I ran out of tape – which usually happened right in the middle of the one song I had particularly been waiting for.  Mixtapes like mine were often shared with others as an expression of personal taste and world view.  When shared with a love interest, a mixtape could convey messages you were too shy to state outright (e.g., “Crush on You” by The Jets – “No more charades/My heart’s been displayed/You found out I’ve got a crush on you.”)

What sort of music do you suppose Jesus would record on a mixtape for the world?

Actually, clues given in Jesus’ most famous sermon – known as the Sermon on the Mount (Matthew 5), or Sermon on the Plain (Luke 6) – may offer unexpected insight.  Many scholars believe that this sermon is so long and densely packed, covering such a wide variety of topics, that it wasn’t a single sermon at all.  Rather, it is a compilation of subjects that Jesus was particularly fond of preaching about, each line representing a full sermon. In other words, the Sermon on the Mount/Plain is more like a mixtape!  Whether or not scholars are correct in this assumption, treating the lines of this “sermon” like a the titles of a mixtape Jesus has chosen to share with us offers a surprisingly helpful way of understanding what was most important to him – and to his followers.

As the actor, John Cusack, observes in the film High Fidelity,” the making of a great mixtape is more difficult than it appears. “You’ve got to kick it off with a killer to grab attention.  Then you’ve got to take it up a notch, but you don’t want to blow your wad so then you’ve got to cool it off. There are a lot of rules.”  Looking over Jesus’ own mixtape (Luke’s version, anyway) you might think that John Cusack was simply riffing on Jesus, as his is divided into at least three sections – or sets of “songs” – that follow a similar thematic pattern.

What grabs the attention in the first set (Luke 5:20-26), known popularly as “Beatitudes and Woes,” is the dramatic “reversal of fortune” – that is familiar to lovers of Blues music.  The “woes” titles make this most plain:

“Woe to you who are full now, for you will be hungry”

“Woe to you who are laughing now, for you will mourn and weep”

These titles could be from the set list of blues musicians from Robert Johnson to Stevie Ray Vaughan, Yet have you heard the joke about what happens if you play a blues song backwards?  The guy sobers up, gets released from jail, and his wife ends the affair and returns to him!  (The same has been said of country music.) Thankfully, you don’t have to play Jesus’ mixtape backwards to find reasons for hope.  You just have to play the Beatitudes portion. Strong messages of hope for the struggling are found in “golden oldies” like:

“Blessed are you who are poor, for yours is the kingdom of God”

“Blessed are you who weep now, for you will laugh”

Whether the reversal is from struggle to satisfaction, or from satisfaction to struggle, taken as a whole the message of this portion of Jesus’ mixtape is a bit like the weather in Nebraska: Whatever it’s like now – glorious or gloomy – just wait a few minutes and it will change.

On the surface, Jesus’ message may sound a bit nihilistic – like good and bad is going to happen to you no matter what you do.  Yet I think it’s more nuanced and realistic.  What Jesus is saying is, in about the most dramatic way he can, is: Don’t pin your happiness – or your faith – on what the world throws at you, good or bad.  Don’t wait to laugh until life hands you a reasons to laugh, for instance, because those reasons will vanish soon enough and laughter can be a powerful instrument of social critique.  And don’t put off being content until your bank account is full.  When you discover that God’s Realm is as fully present in your poverty as in your wealth, it’s always yours.

II. Kicking It Up A Notch

The second section of Jesus’ mixtape sounds a bit like Louis Armstrong, featuring variations on “What a Wonderful World.” If you’ve seen the film, Good Morning, Vietnam, where the song is juxtaposed with “real world” images of violent warfare, then you know how a sunny song like “What a Wonderful World” can leave you feeling uncomfortable.  The song reminds us that we are nowhere close to living in the world it calls into being.  Jesus’ mixtape has a similar impact in this set, with vintage numbers like:

“Do good to those who hate you”

“Bless those who curse you”

“Give to anyone who begs from you”

In these numbers, Jesus is painting a picture of the wonderful world intended for us.  Yet as simple and beautiful as they sound, these songs are incredibly hard to sing along with.  Even the virtuosos among us tend to lose the rhythm or sing them off-key.  In this respect, they are more bluesy than the first set of songs.

Curiously, Jesus introduces this set with the line, “But I say to you who listen …” When we really consider the world Jesus is calling into being, we begin to realize just how much our deepest struggles – including those we tend to blame on God – are self-inflicted.  For instance, many people say they can’t believe in a God who allows poverty, hunger, and violence to afflict so many in our world.  Yet how much of an affliction would violence be in a world that took Jesus message to “love your enemies” or “do good to those who hate you” with even a modicum of resolve?  How afflicting would poverty and hunger be in world that gave more than lip service to Jesus’ admonition to “give to anyone who begs of you” or to lend to others even when you can expect no return on your loan? (v. 34)

In this portion of Jesus’ mixtape, the fist we have often shaken at God turns on us and we begin shaking it at ourselves.  I believe this is exactly Jesus’ intent.  He has kicked his tape up a notch, revealing life’s harshest and most condemning reality, only to cool it off in the third section, offering us a way to live faithfully – and realistically – even in a world that is so far from God’s ideal.

III. Cooling It Off, Offering Hope

In the third section of Jesus’ mixtape we find numbers like:

“Do not judge, and you will not be judged”

“Do not condemn, and you will not be condemned”

“Forgive, and you will be forgiven”

While we do a poor job of loving our enemies and blessing those who curse us, these final songs are ones we can actually sing along with.  Mostly they are within our abilities because God sings the verses and we join in only on the refrain.  In music, a “refrain” is a repeated line or musical phrase that ties the song together.  Of course, in the rest of life “refrain” has a different meaning, as in “to abstain from the impulse to say or do something.”  Both meanings are suggested in this third set.

Even though we live in a far-from-wonderful world, when we refrain from judging others, we ourselves are not judged.  When werefrain from condemning others, neither does God condemn us.  And when we forgive others (i.e., refrain from seeking retribution toward those who have wronged us when they seek to make amends) we find ourselves forgiven. And we discover that the song, “God is kind to the ungrateful and the wicked” was written just for us.  Certainly, this unimaginable kindness was the central meaning of Jesus’ life and ministry, his death and resurrection.

So there is Jesus’ mixtape.  What mixtape are you recording with your life? 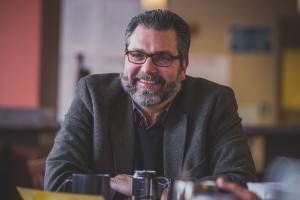