On August 5, Countryside Community Church held a virtual press conference to announce the completion of the “Bridging Faith and the Environment – church campus as a restored, biodiverse plains ecosystem” project. The project was funded by a $125,000 grant from the Nebraska Environmental Trust (NET) in 2018.

Countryside is an identified environmental leader, with members and church leaders engaged with organizations such as Interfaith Power and Light, the Citizens Climate Lobby, and EcoAmerica, where Countryside’s Senior Minister sits on the Board of Advisors.

Due to Countryside’s involvement with Omaha’s Tri-Faith site at one-hundred thirty-second and Pacific Streets, also known as Tri-Faith Commons, national environmental leaders saw a unique opportunity in Omaha to make a strong statement to the world that environmental care is not just a political or economic issue, but a faith issue.

From 1924 to 2010, Tri-Faith Commons was part of an eighteen-hole golf course. Given that history, the site did little to aid biodiversity, sustain ecological health, or improve water quality. Because of the widespread publicity of the Tri-Faith initiative, environmental leaders recognized that the environmental movement can leverage Countryside’s involvement in improving the ecological health of the Tri-Faith Commons.

With the NET grant, a landscaping master plan was developed to simultaneously unify the thirty-five-acre  site and invite all members of the public to take in its visual messaging, walk along its inviting paths, and learn about the elements included in its restored ecosystem. The project involved the implementation of a sustainable landscape plan on Countryside’s portion of the Tri-Faith Commons. This plan included water conservation, storm water management, native plants, and improved habitat and soil health.

After nearly two years of construction, the stunning new Earth-friendly and sustainable site is now complete and open to the public. A goal of the project is to educate and inform people about landscape stewardship, including members of the three Tri-Faith congregations, residents of the greater Omaha community, and anyone who wants to visit from across the state and nation.

Within the site are signs provided by Verdis Group that describe the environmental sustainability of certain areas and give greater detail of the overall landscape.

A notable feature on the updated site is Abraham’s Circle Bridge. The bridge connects the four buildings on the Tri-Faith Commons and stands as an inspiration focal point. Accessible from all three houses of worship as well as the Tri-Faith Center, the bridge runs over Hell’s Creek. Countryside and the Tri-Faith community have taken steps to make Hell’s Creek a more harmonious area of the Commons by planting native trees, shrubs, and flowers in order to provide food and shelter for wildlife, and absorb water which reduces flooding.

The new Countryside Community Church site stands as an example of acceptance, community, and love regardless of differences in faith or lifestyle. With eco-friendly features and state-of-the-art technology, the new facility is a resource for building faith, relationships, and connections for people of all walks of life. 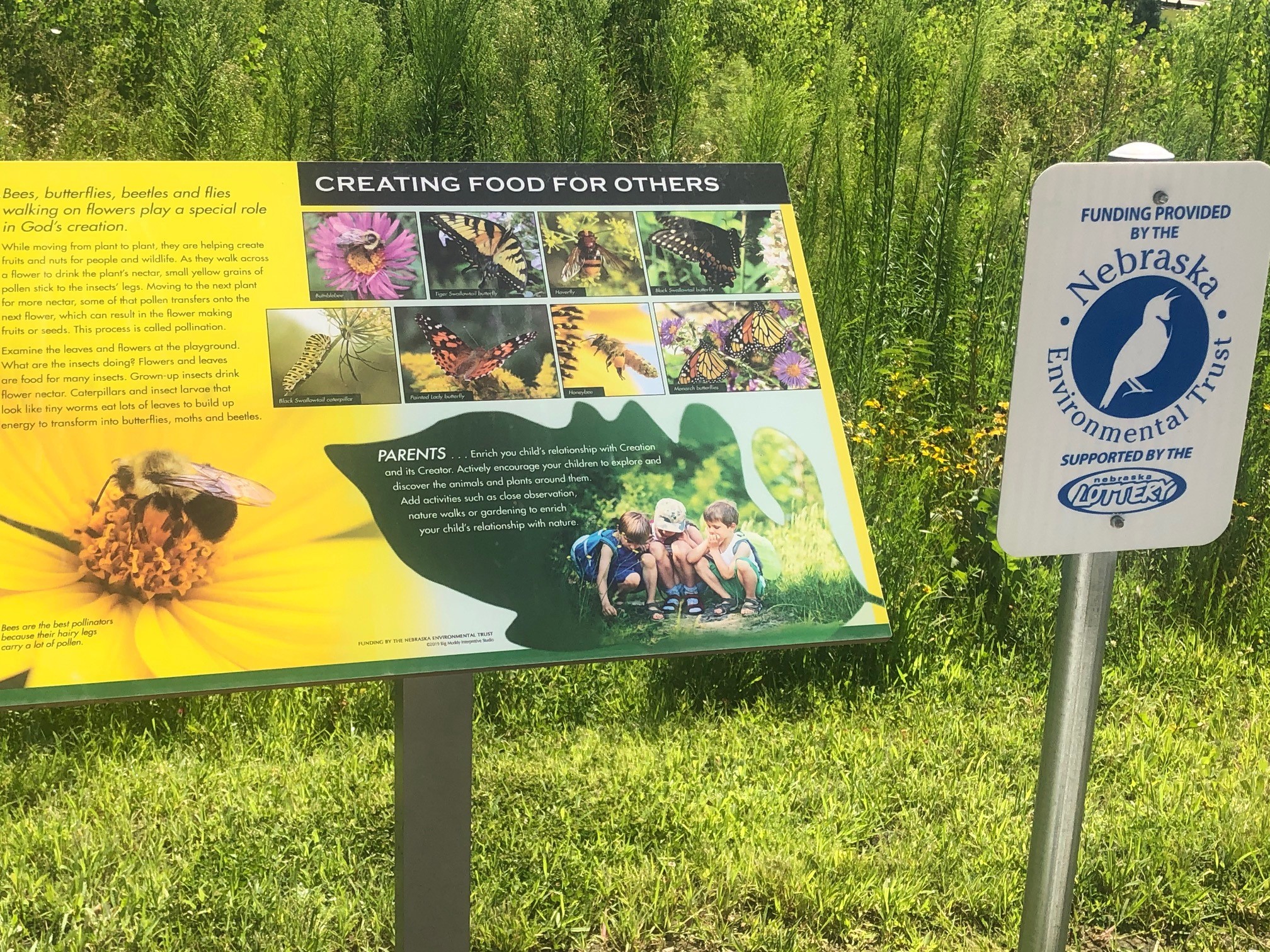