Gifts of Faith, Part 3: A Gift of Islam Through Christian Eyes 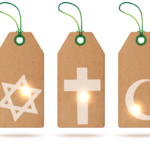 Gifts of Faith, Part 3: A Gift of Islam Through Christian Eyes

A Gift of Islam Through Christian Eyes

Though I’m not a capital “M” Muslim, I have, over the years, gained greater and greater appreciation for the gifts Islam offers me as a Christian.  To engage in very gross generalization, I see the three leading Abrahamic faiths as something like a Trinity.  They are each responses to the One God, yet in three essential expressions.

To me, the primary gift of Judaism is its Law or Torah.  The Torah literally revolutionized the world by establishing a kind of order to the world’s chaos that protects the sanctity of all life.  While religions that preceded Judaism understood there to be a connection between human beings and the divine, Judaism was the first religion on earth that understood all human beings to have this connection, not just rulers or the wealthy.  Thus, the Torah was the first body of law that put into concrete practice the idea that God loves all people, not just some.

With every gift, however, there is a potential downside.  The downside of Judaism’s gift is that the focus on Law can tend to emphasize the Law over the love behind the Law.  In other words, a focus on Law can lead to legalism.

One such time when legalism superseded the love behind it in Judaism was in Jesus’s day.  Jesus reminded people that the Law was established to serve the cause of Love, not vice-versa.  Thus, in any competition between Love and Law, Jesus reminded us that Love wins.

The reason why Love wins is Grace.  Grace is Christianity’s distinctive gift to the world.  Grace is not at all absent within Judaism, but Christianity puts special emphasis on Grace because it is the antidote to legalism.  God’s Grace reminds us that God chooses relationship over perfection.  God’s love is there for us whether we follow the Law or not.

So, what is Islam’s distinctive gift?

Remember, the word “muslim” means “one who submits” to God.  Further, the word “Islam” literally means “surrender of the will without compulsion.”  And the root word of “Islam” – salam – literally means “peace” or “wholeness,” like its cognate in Hebrew: shalom.  In other words, a Muslim (capital “M”) is one who submits to God by surrendering their will to God without compulsion (“Islam”) in order to achieve peace and wholeness (salam/shalom) for themselves and the world.  Rather beautiful, isn’t it?

Islam reminds us that unless God is our highest source of authority – higher than our own authority, higher than our particular culture’s arbitrary preferences, higher than any political or spiritual leader’s commands, higher even than our desire for health and wealth – then we will be enslaved to the very things we serve.

This is why I have said to my Christian friends for years that if you’re going to be a lazy Christian, it’s better to be a Muslim, because Muslims don’t put up with laziness as a spiritual discipline!

Curiously, when the downsides of either Christianity or Islam tend to become the norm – libertinism or extremism – violence and chaos tend to be the result.  That’s when Judaism’s gift – the Law that orders chaos and protects the sanctity of each human life – comes in particularly handy.  Isn’t it interesting how each of our three religions interrelate?  Each corrects the downside of the other by offering a distinctive gift that sets life back on track.

One of the ways that people of the Muslim faith act on their submission to God is to physically bow down in prayer five times per day – a practice known as salat.  For Muslims, gathering together like we do for collective worship is not nearly as important as this daily practice of bowing and praying.

As Christians, we don’t do much bowing.  As Congregationalists, we don’t even kneel like Catholics and Episcopalians do.  Many consider the act of kneeling or bowing to be degrading.  These acts conjure images of conquered peoples groveling before a tyrant, or peasants bowing before a feudal lord and we grimace at the thought of God demanding similar obeisance from us.

Any wise Muslim (or Catholic) would tell us that bowing before God is not about groveling or degrading ourselves – even if some of their practitioners may act this way out of ignorance.  Bowing or kneeling is an outward and visible sign of an inward and invisible reality: that we trust God enough to be utterly vulnerable before God.  It is a way of telling God, “I put my very life in your hands and trust that you will do me no harm. I trust, in fact, that you ultimately have my best interests at heart such that I will grow and be empowered in your hands, not degraded and belittled.”

Bowing or kneeling also signifies respect.  It is an outward sign of an inner acknowledgement that we are not the center of the universe – not even the center of our own lives.  God is the center, the ultimate authority and arbiter of our lives.  If God is love, as the scriptures teach us (1 John 4:8), then to say that God is the center of our lives is the same as saying God’s Love is the center of our lives.  Real, soulful love, not the cheap stuff often-peddled in popular culture. Bowing or kneeling before this Love is like saying, “If there is any conflict between me and God’s Love, I surrender.  Love wins.”  As the poet Rilke once wrote about biblical figures who wrestled with God, “Winning does not tempt that man.  This is how he grows: by being defeated, decisively, by constantly greater beings.”  Five times a day, as Muslims bow down in prayer, they seek to be defeated, decisively, by constantly greater awareness and experience of God’s Love.

Truth-in-advertising: I must confess that, until 1993 when I made my first trip to Israel and encountered lots of Muslims for the first time, I would have guessed that when Muslims bowed down they were not bowing down to the God of Love, but to a god with severe anger-management issues; a god who wanted to turn the people of the world into Islamic extremists.  That’s what the nightly news taught me, anyway.

What I encountered, however, was the exact opposite of my expectations.  The Muslims I encountered were, without exception, people of such unusual grace, hospitality, and joy that I’ve never forgotten it.  I came back from Israel wishing that the Christians I encountered were half as gracious, hospitable, and joyous.

Based on numerous experiences I’ve had since 1993, both abroad and in this country, I’ve now met enough Muslims to know they’re not all paragons of virtue, but I still find myself longing that the average Christian was more Muslim with respect to the grace, hospitality, joy – and devotion to God – that I find in the average Muslim.

If you want to know something more of the true nature and character of the God that Muslims bow down to, I suggest turning to another gift that Islam offers us as Christians: a list of God’s attributes known as The Ninety-Nine Names of God.

There is no universal agreement in Islam about what exactly counts as a name of God or even what names are on the list, but there is a list that tends to dominate over others that comes from the 9th Century.  It is made up of names that come both from the Qur’an and from the hadith – collections of sayings attributed to the prophet Muhammad.

The translations of the names is tricky. Arabic, like Hebrew, is a poetic language in which the words can take on a variety of meanings based on the context in which they are used.  Recently, I sat down with Imam Jamal to discuss the Ninety-Nine Names of God and I came away realizing that there are so many nuances to each name that the list may as well be called the Nine Hundred Ninety-Nine Names of God.  By the way, no claim is made in Islam that there are only 99 names.

The fact that each name can have a variety of meanings doesn’t mean the names can mean just any old thing.  As Imam Jamal explains it, each word in the list acts as a key that unlocks a variety of further nuances and avenues of awareness about God that are related.  Often these nuances lead you to contemplation of other names on the list that are related to that name yet turn the insight in different directions as well.

For instance, one of God’s names could be translated as “Penetrating Wisdom.” Another of God’s names could be translated as “Healing Wisdom.”  What is the difference between penetrating and healing wisdom?  What relationship exists between the two?  How do we experience these two aspects of wisdom in our daily lives?  How might we reflect these aspects in our own lives?  Another of the ninety-nine names is “Penetrating Insight.”  What is the difference between “Penetrating Wisdom” and “Penetrating Insight” and why does it matter? Contemplating questions like these provides a further opportunity to know God more deeply and live our lives more fully in response to God.

Another thing Imam Jamal made clear in our conversation is that the Ninety-Nine Names of God are not really names but more like attributes that point beyond themselves to the true meaning of the one name: Allah (which simply means “God” in Arabic).  The relationship between Allah and the Ninety-Nine Names of Allah is represented in Islamic prayer beads.  Ninety-nine beads represents each of the names or attributes and the cord that connects them all together represents Allah.

We don’t have time to cover each of the Ninety-Nine Names of God this morning, but I’ll just call your attention to the first 50. Perhaps you can use them as a source of contemplation this week.  The following list is derived from descriptions I have found particularly helpful in the book, Physicians of the Heart: A Sufi View of the 99 Names of God (Wali Ali Meyer et al., Sufi Ruhaniat International, 2011). As you read the names of God, you may want to ask if you can see yourself bowing down, submitting your life, your love, your trust, and your hope to the God to whom these names point.  If you can, you might just be a Muslim! Yet, as you will find, praying to the God who embodies these names might also make you a Christian or Jew.  You might even be a Jewish Christian muslim (small “m”)!

← Gifts of Faith Part 2: A Gift of Christianity through a Muslim’s Eyes Confirmation Class November 6, 2018 →